Visit from Denmark – or – lost in Ukraine…?

Recently I went to Denmark to visit family and friends. My mother had invited her 3 brothers and their wives for dinner.  Her youngest brother is and has as long as I can remember been a passionate motorcyclist. He asked if he could come and visit us in Ukraine in July and I said “of course”. A lot of people ask this but until now very few have actually turned up.  But about a week ago my uncle wrote that he was getting ready. We wrote a bit back and forth about what documents he needed to enter Ukraine (at the moment: Registration papers for the motorcycle, insurance for the motorcycle (Green card), health insurance, special Ukrainian health insurance because of Corona, a negative Covid-19 test or a certificate of Corona vaccine). I expressed that I was a bit worried, not because it is dangerous here but I was more worried about if he would get lost. I could have made that a bit easier by meeting him in Khmelnytsky  but since we were in the village we decided to meet in the nearest town which his navigation system could find.

He started out Friday morning. My uncle already had his Covid-19 vaccine but to be 100% sure that he would be let into Ukraine he also made a Covid-19 test on the way. The first night he slept in Germany close to the Polish border. During a break that day he met a Polish guy and told him that he was going to Ukraine where to the guy replied : “I hope you are well insured” 😊.

The next day he slept on a hotel in Poland 200 km from the Ukrainan/Polish border which meant that he had about 600 km to drive Sunday before he would arrive at our place. He estimated that he would be at the meeting place at 4 PM and then he would call me.

At 4 PM I hadn’t heard anything from him but since the deal was that he would only call me when he was at the pickup spot or if he was in real trouble I didn’t worry. I did though drive to the town where we would meet since I also needed to do some shopping there. I bought the stuff I needed plus an ice cream. Went for a walk and bought a watermelon. Went for another walk and bought another ice cream. Finally the phone rang – but it was my wife who wanted an update. I could tell her that I had no news. My uncle’s girlfriend had at that time written me a message to hear if I had heard anything. Negative – but I told her that my uncle’s estimate to be here at 4 PM was very optimistic. Around 7 PM the phone finally rang and I could see that it was my uncle’s phone number but since I was already at the meeting spot it meant no good news. Somehow there was no connection when I picked up the phone but I called him back and he could tell that he had just made it to Ternopil which is a little bit more than 200 km away which in my old van would be 3 hours of driving but on a motorcycle could be done in about two and a half hours.

I decided to return to the village. We had prepared a BBQ for my uncle and since everything was ready and the meat couldn’t be stored another day we decided to start the party without the guest of honor. After we finished the dinner and started to clean up my phone rang but it wasn’t my uncle’s number but a Ukrainian number – “#¤”#¤ (insert bad word) I exclaimed, this definitely wasn’t good news. I answered the phone and a guy said in Ukrainian that he was standing in a town I didn’t know (Skala-Podilska) with my friend. I handed the phone to my wife (my expert of Ukrainian language and culture 😉 ). The guy asked in which direction he should send my uncle and we mentioned the name of a town 40 km away (Dunaivtsi)– no there was no roads leading to that town. Well how about Kamyanets-Podilskyi, a famous tourist town about 80 km. Sure no problem. We said bye, bye and thanks and hang up before I realized that there was no way I could find my uncle in a 100.000 people town without a meeting place. So we called the helpful guy again but my uncle had already left. I got into my car to drive to Kamyanets-Podilskyi, it was already getting dark and I was phoning my uncle but just getting his answering machine and sending SMS’s all with the message : “Meet me at the castle in Kamyanets-Podilskyi or check into a hotel and send me the address. I was getting a bit nervous because the small roads is not a place for a Danish tourist on motorcycle to tour after dark. I was also thinking if my mother’s family in Denmark would expel me from the family if something happened to my uncle…. 😊

After about 30 min of driving I saw a motorcycle drive in the opposite directions and briefly wondered if that could be my uncle but then decided that it was impossible that he would have made it that far. After another 30 min my phone rang – again it was a Ukrainian male voice who said he was standing next to my uncle – maybe I wanted to talk to him?  - yes PLEASE – I was very relieved. Hi uncle where are you? I am in Kamyanets-Podilskyi. Did you find the castle? I drove on a cobble stone road and has to pass a gate (great that sounded like the road in front of the castle). So where are you now? Next to some belltower? Hmm Ok, don’t move I am coming. 10 min later the phone rang again and the same Ukrainian guy asked for my address because he was also on motorcycle and he would then bring my uncle to me. I asked are you in the old town? Yes – OK Don’t Move! I will be there in 10 min. I found my uncle in the old town in Kamyanets-Podilskyi having a friendly chat (and not looking lost at all) with a guy on motorcycle. The motorcycle guy turned out to speak perfect English and he found a room in a guesthouse for us in the old town (super cool and friendly guy) because it was already past 11 PM and I didn’t want my uncle to drive around on the bad village road at night after a long day on the road.

I had suspected that my uncle’s phone had run out of power but it was working fine – it just couldn’t get online. My uncle told me to write his girlfriend and his daughter that he was fine and then he told me about his day.

Except for a two hours border crossing (which he thought was a long time and I thought was pretty good) everything had gone smooth until Lviv where he got lost in the city center. As he said : When I saw the same drunk guy trying to walk up the hill the 3rd time I knew something was wrong. So he made a U-turn where it wasn’t legal and the police saw it and gave him a fine. But they were very friendly he said – so friendly that they wanted to talk all day but I had to get going so I asked them to show me the way to Ternopil which they did. After his encounter with the police he was a bit off balance so he accidently put diesel on his motorcycle. Well did you empty the tank then? No, it was just 5 liters. How many liters fit in the tank? 20. Ok – how did the motorcycle run on 25% diesel? Very bad….

When he was close to Khmelnytsky the GPS all of a sudden decided that the town where he was supposed to meet me was located 600 km away but it is only 100 – so after this he started to use the map (which is difficult when the map use Latin letters and most of the street signs are in Cyrillic) and asking people and this was how he got lost.

I asked my uncle if he would come to Ukraine again and he said : Yes but maybe not this year or the next.

What is your impression about Ukraine, I also asked him? People are very nice and helpful, even the police where friendly and helpful even though I broke the law. 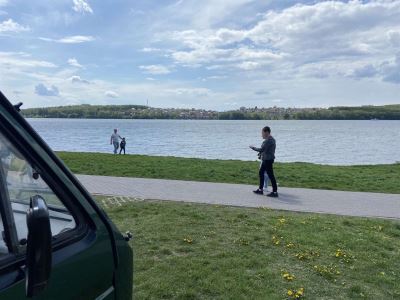 Driving through Europe during the COVID-19 pandemic

The last time I was in Denmark was December 2019 and because of COVID-19 we stayed home most of 2020. My plan was to drive to Denmark in the early spring 2021. I started to prepare (mainly by buying and installing that cabin diesel heater that I wanted to buy for the car for ages but couldn’t 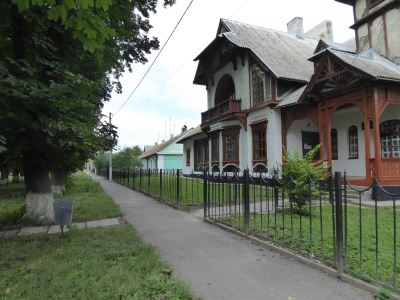 My Ukrainian in-laws spend a lot of time in the village where my mother in-law’s mother live. The village is situated about 100 km south from where we live our usually city life. We go there all the time (in fact we have spent about half of 2020 there because of Corona virus – it is 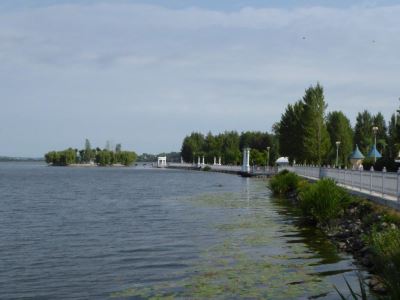 “Tarakanovskiy fort” and the “Tunnel of Love”

It is always better to have months and months for travelling, but sometimes less can do it. We only had 4 days for our trip this time. The main goal was to visit the Tarakanovskiy Fort, an old fortress in the western part of Ukraine about 200 km from where we live. We started out a Friday night, whe